Editor’s Note: This story contains references to suicide. If you or a loved one needs immediate support, help is available 24/7 at the Crisis Text Line: Crisistextline.org

Shortly before the start of the pandemic, Brooklyn Williams’ mother died. She had had cancer for 10 years.

The 16-year-old, who lives with her father in Baldwin, was crushed by the double weight of death and the isolation brought about by the lockdown in the spring of 2020. “My mum was my rock, and I lost that Brooklyn says.

Despite losing her touchstone, over the past three years she has managed not only to regain her balance with the help of her father, manager and friends, but now she is helping others.

Being locked in her house was, for Brooklyn, “the worst thing” that could have happened as she faced grief and post-traumatic stress disorder (PTSD) from the prolonged illness and death of her. mother. She tried spending time focusing on self-care for her depression, she says, but found herself having trouble getting out of bed or doing the most basic chores in her life. After she returned to school in the fall of 2020, she sought to be positive for the good of others while also feeling like a shell of herself.

“I put everyone first and made sure they saw me as a happy person,” she says.

It all escalated not long after Christmas 2020, when she was no longer able to maintain her strong facade. School had resumed in person and was falling behind. His mental health began to impact h
er physical health and school work. She was not playing basketball as well as she wanted and suffered from severe digestive issues.

“The stress made me physically sick,” she says.

Once again, she found herself struggling to get out of bed or get involved in her life. Brooklyn began to wonder if life was worth living and became suicidal.

At this point, despite what Brooklyn describes as intense societal pressure to remain silent about mental health issues, she reached out to both her father and her best friend, Lauren. “I was going through it on my own, but once I reached out, things went from zero to a hundred really quickly.”

They took Brooklyn seriously and believed her when she said she was drowning – two things that meant so much to her. They saw her. Her loved ones gave her the help she desperately needed, including a variety of medical professionals and the drugs that stabilized Brooklyn’s life.

While the drugs and therapy may be seen as shameful or weak by her peers and adults, she credits them with saving her life. It made her realize that asking for help was a strong decision, not a weak one. This is the message she passionately wants to convey to the world.

Once she saw how much better she was to cope with her mental health issues after inviting others to share her pain, it sparked an idea. Before the pandemic, Brooklyn had been class president for grades 9 and 10. She felt comfortable leading her peers and taking initiative, but decided to focus on mental health rather than school policy.

In collaboration with its principal, Shaun Tomaszewski, and mental health care providers at Baldwin High School of the Allegheny Health Network Cooling project, she started the Chill Club.

“I wanted to improve the life of the students, with all the craziness going on in the world,” Brooklyn says.

They started meeting on Zoom and now meet in person once a month. Besides painting and various other crafts, such as sewing their own clothes, they also focus on mindfulness and meditation. Last spring, students were able to attend a virtual course through Yale University on “The Science of Wellness”. The group, she says, is helping her and her fellow students cope with the ongoing stress and anxiety of a pandemic. It is also a safe space for students with various mental health issues – anyone can show up to the meetings. The Chill Club has an open door policy. 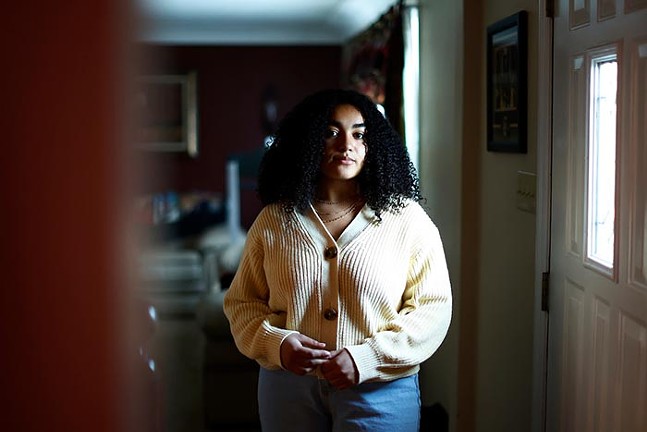 Recently the club decorated holiday cookies (Check out some of the models on their Instagram page @BHSchillclub) for teachers at their school. Brooklyn laughed as she admitted that the star and tree cut out sugar cookies with Duncan Hines frosting weren’t very appealing, but the teachers were so excited and grateful it lifted the spirits of everyone involved. in their group. The Chill Club has shown Brooklyn that she can take the time to take care of herself and others, and that it doesn’t have to be one or the other.

What does she want to say to other teens struggling in loneliness?

“Never keep it to yourself because it will eat away at you,” she said. “Force people to listen to you because you will benefit more than you think.”

She thanks her father and her best friend for giving her the crucial help she needed. Although she misses her mother dearly, she says she grew closer to her father through the experience as he stood up for her. He comes to terms with his struggles, supports his treatment, and even goes out to buy supplies for the Chill Club.

“My dad is one of my best friends,” Brooklyn says. “I do everything with him.

Disclaimer: The author’s wife is a therapist for The AHN Chill Project, although this piece is not an endorsement of the program and was produced independently.


This story was co-published with Full press and supported by funding from the Pittsburgh Media Partnership and All-Abilities Media, both based at the Center for Media Innovation at Point Park University.