It’s six weeks into the New Year, and Iowans who’ve made a resolve to get in shape are likely to be successful if they have a gym membership, according to research from Iowa State University.

Elizabeth Schroeder, lead author of the report and former ISU graduate student, says the study found that people who belong to a fitness club tend to exercise more and achieve healthier results. .

â€œFrom the results, we’re assuming you have more options at the gym, so you’re more likely to have all that resistance training and weight machines around you,â€ Schroeder says, â€œ but you also have classes you can take and the social support of others to help you exercise, which could lead to more physical activity while you are at the fitness center rather than at home. The study found that the health benefits were even greater for people who had been in a gym for more than a year. 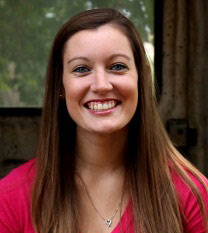 â€œThere’s a lot of motivation in coaching, so it’s not just about buying the membership, it’s not going to make you work,â€ said Schroeder. “There has to be some other internal motivation that is going to get you to go there as well, which could be as easy as buying a subscription, it will cost you X dollars a month and you don’t want to waste that money.”

While it’s not surprising that people with gym members train more, the differences were dramatic. The study found that gym members were 14 times more aerobic than non-members and 10 times more likely to meet muscle building guidelines, regardless of age and weight.

â€œEven if you’re a member of a health club, we figured these people might exercise less when they’re at home and not at the fitness center,â€ says Schroeder. â€œYou get that ‘Oh, I worked out today, I went to the gym so I don’t have to do anything for the rest of the day’ mentality, but we’ve actually found that people who had the health club membership worked or were just as active outside the health club as people without that membership.

The results were similar in men and women. It is recommended that adults do 150 minutes of moderate aerobic activity or 75 minutes per week, such as brisk walking or running, along with two days of weight lifting or other muscle building activities. Despite the health benefits, only half of Americans get enough aerobic activity and about 20 percent meet guidelines for strength training.